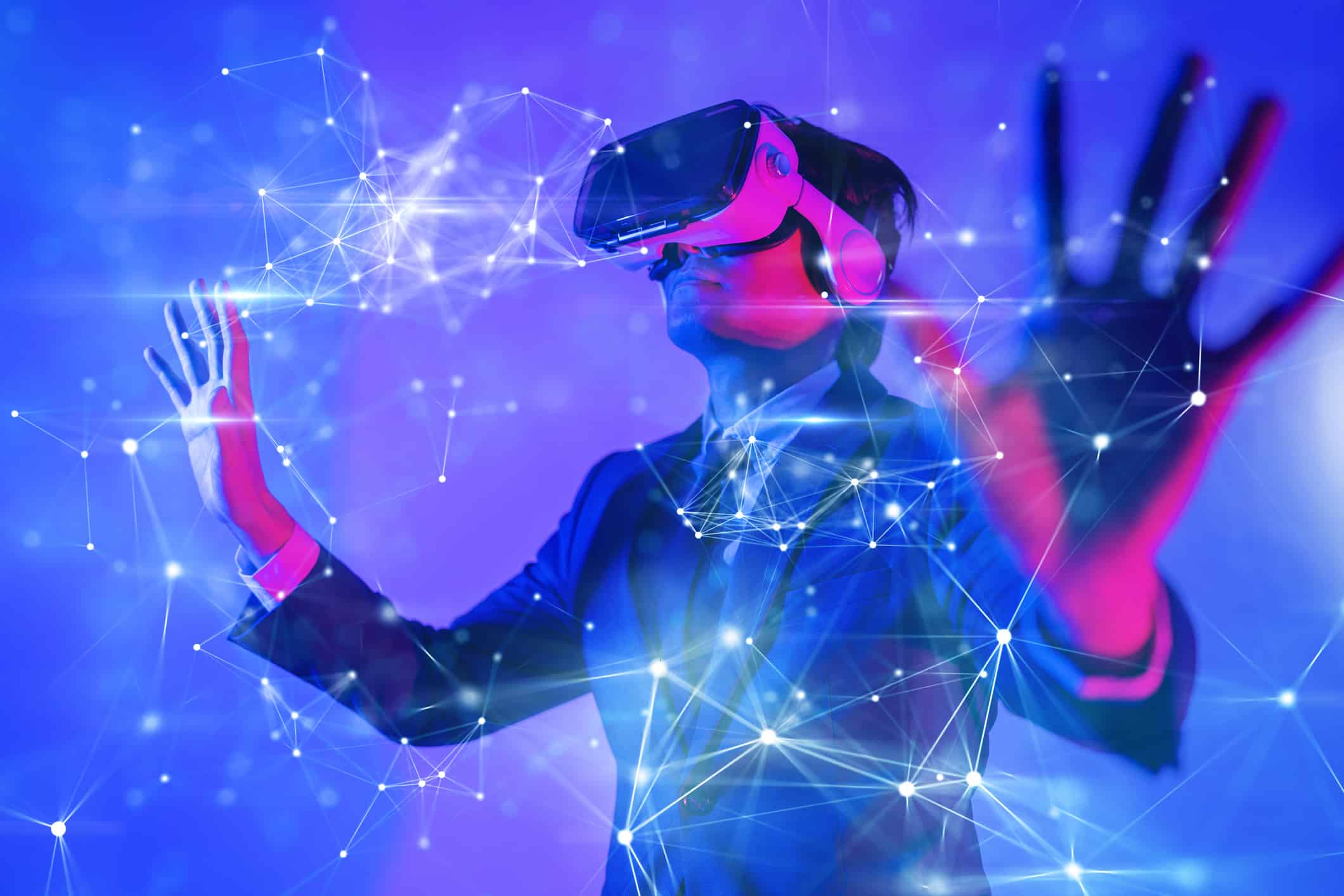 The “metaverse” is an opportunity that many people think could be worth trillions of dollars. An online world that exists within virtual reality, the metaverse is thought to be the next stage in content consumption. Over the years, we have seen web users evolve from text-based content to images and video. Virtual reality seems like the next logical step in this evolution, and one company is leading the way forward:

Meta Platforms (NASDAQ:META) is the U.S. technology company formerly known as “Facebook.” While it’s best known for social media, Meta has spent recent years investing heavily in VR. In 2014, Meta bought Oculus, the developer of a popular VR headset, for $2 billion. As a result of the deal, Meta now controls a vast VR platform, which includes:

The Quest’s library is not enormous just yet. However, it has a lot of potential. Meta is working on all kinds of acquisitions that could build up the number of titles available on Quest. It doesn’t have a “killer app” just yet, but it’s not hard to imagine the possibilities. For example, Roblox (NYSE:RBLX) â a metaverse-like online game with social networking characteristics. It’s a natural fit for Meta Quest. And, with a $20 billion market cap, it’s not so big that Meta couldn’t conceivably acquire it. Meta has done $20 billion in acquisitions (e.g., Whatsapp), and it has $40 billion in cash on hand. So, we might see a Roblox acquisition in Meta’s future.

Why it’s such a big opportunity

The metaverse has the potential to be a $1 trillion opportunity. The way we know that is through looking at history. The last 30 years of the internet shows that content has been gradually trending in a more immersive and interactive direction. First it was just text. Then it was images. Then it was video. Collectively, the tech companies producing text, image and video content are worth trillions. VR â basically immersive 3D video â seems like the next logical step in all this. So, there is trillion-dollar industry potential here.

Indeed, VR is already taking off. The Valve Corporation scored a hit with its VR game Half Life: Alyx, and VR is already being used outside of gaming for applications like surgery. VR is a real thing. The only question is how far it will go.

Although Meta Platforms has a big opportunity in the metaverse, it’s subject to substantial risks as well. First off, the metaverse itself is proving to be extremely expensive so far, costing about $10 billion per year. In the second quarter, Meta’s Reality Labs segment (the segment that builds the metaverse) lost $2.8 billion. So, the metaverse is hurting Meta’s bottom line.

Second, Meta’s core business is under some strain. Last year, Apple made some privacy changes that made it hard for advertisers to track user data. The end result? A $10 billion projected hit to revenue (according to Meta CFO Dave Wehner) and a 36% reduction in ad performance. It’s a tough time for Meta, without a doubt. If you don’t have specific expertise in the technology sector, you may prefer to invest in a broad market index fund rather than Meta stock.

The post 1 Growth Stock to Buy Ahead of the Multi-Trillion Dollar Metaverse Opportunity appeared first on The Motley Fool Canada.

Before you consider Meta Platforms Inc., you’ll want to hear this.

Our market-beating analyst team just revealed what they believe are the 5 best stocks for investors to buy in September 2022 … and Meta Platforms Inc. wasn’t on the list.