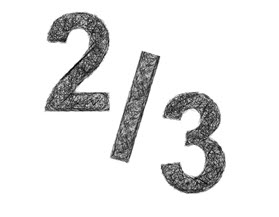 The S&P 500 SPDR (SPY) surged from mid October to early December, but this advance was considered a counter-trend bounce within a bigger downtrend. In fact, the S&P 500 SPDR (SPY) reversed its short-term uptrend this week and bearish technical setup was similar to the last two reversals.

First and foremost, the long-term trend is down and has been down since mid April, if not earlier. SPY forged lower lows in March and June, and then 52-week lows in late September and mid October. The red dashed line shows lower highs since March and the ETF has been below its falling 200-day SMA for most of the last eight months. I quantified 200-day SMA signals in last week’s article and showed how to improve performance. 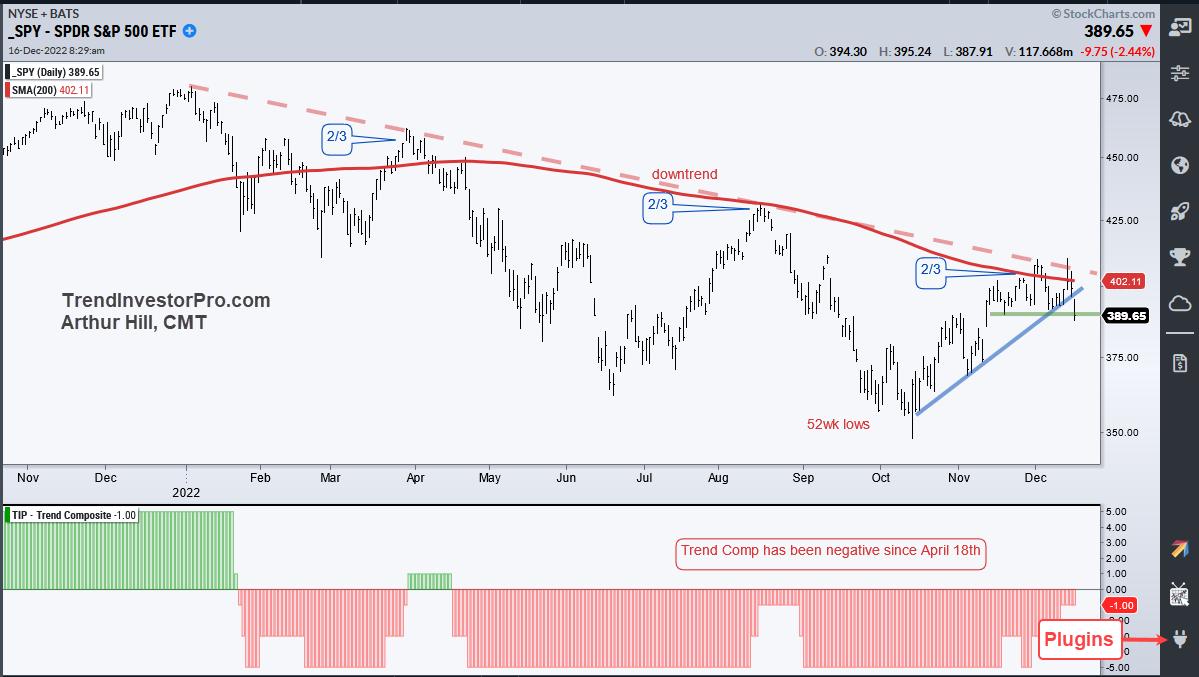 The October-December advance seemed strong, but a little context showed it to be a bear market bounce. Notice that this advance retraced around 2/3 of the prior decline and SPY reversed the short-term uptrend with a sharp decline the last two days. The March-April and June-August counter-trend bounces also retraced around 2/3 of the prior decline before reversing (see the 2/3 markers on the chart). This is not a coincidence. Charles Dow notes that secondary advances often retrace one-to-two thirds of their prior declines with fifty percent being the base case. Think of it as two steps down and one step up.

A downtrend remains in force as long as lower lows and lower highs persist (two down, one up). SPY hit a 52-week low in October, which was a lower low. The current advance fell short of the August high so we have yet to see a higher high. This week’s short-term support break and trend reversal signal a continuation of the bigger downtrend and I expect a test of the fall lows, at the very least. My only concern is that this seems to be the consensus opinion! In any case, the chart is bearish until proven otherwise.

TrendInvestorPro was monitoring this counter-trend bounce as SPY entered the resistance-reversal zone. A short-term breadth indicator triggered bearish on December 6th for the early warning and Thursday’s support break confirms this signal. Click here for immediate access to our weekly reports and videos.

The Trend Composite, Momentum Composite, ATR Trailing Stop and eight other indicators are part of the TrendInvestorPro Indicator Edge Plugin for StockCharts ACP. Click here to learn more and take your analysis process to the next level.