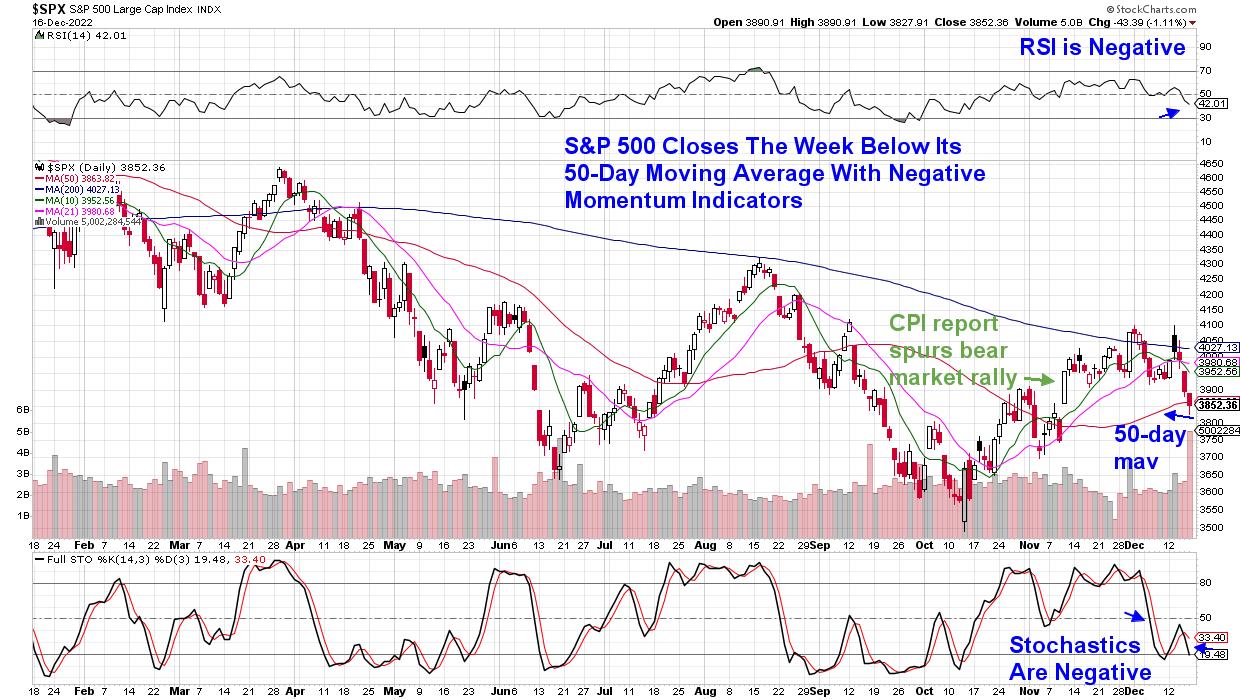 The markets will have some work to do this year for this trend to hold true however, as the S&P 500 is down 5.6% over the first two weeks of December. In fact, last week’s drubbing pushed the S&P 500 below its key 50-day moving average with both the RSI and Stochastics now in negative territory.  This price action put a halt to the bear market rally that began on November 10th after a positive CPI report showed much lower inflation than expected.

Investors have been selling stocks recently due to fears of a recession, driven by the Federal Reserve’s intent to keep interest rates high well into next year in an effort to get inflation levels closer to their 2% target. Just last week, the Fed lowered their forecast for growth in the U.S. next year to 0.5%, and they see the jobless rate rising to 4.6% by year end.

This fear of a recession among investors has pushed stocks into an oversold position in the near term, and we may see a bounce next week. Keep in mind however, any bounce is expected to be short lived as the overall bear market trend remains in place.

Below is a shorter-term, 1-hour chart of the S&P 500 that highlights the RSI below 30 and the MACD below zero during periods of an oversold condition in November as well as earlier this month. In order to expect any rally, the Index would need to trade back above its 5 and 13 hour moving averages with the MACD experiencing a bullish crossover of its black line moving up through the red line. 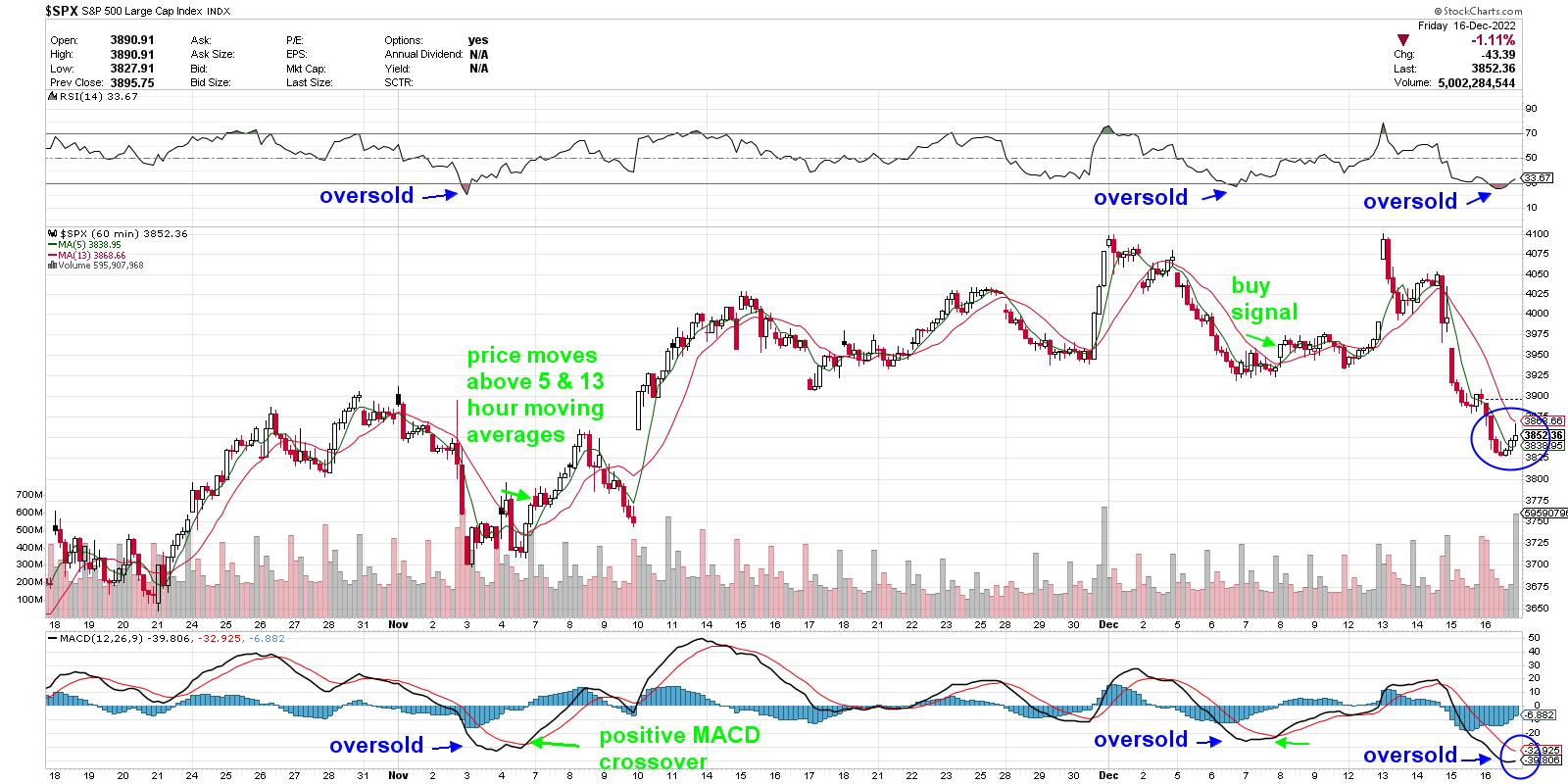 While this shorter term time frame of investing is not for everyone, quick profits can be made if the correct area of the markets are in focus and then from there, top candidates chosen. For my work, I’ve been favoring Healthcare stocks longer term, as they have a defensive bias with select areas faring well amid prospects for increased earnings growth.

These same stocks stand to fare well in a shorter term rally period as well, and if you’d like immediate access to my Suggested Holdings List, you can use this link here and access my most recent MEM Edge Report at a nominal cost.

The MEM Edge Report will also keep you on top of the rotation that’s taking place away from areas of the market that fare poorly in the face of a possible recession. Be sure and use the link above so you can exit positions that are at the most risk while also being alerted to shifts in the broader market.