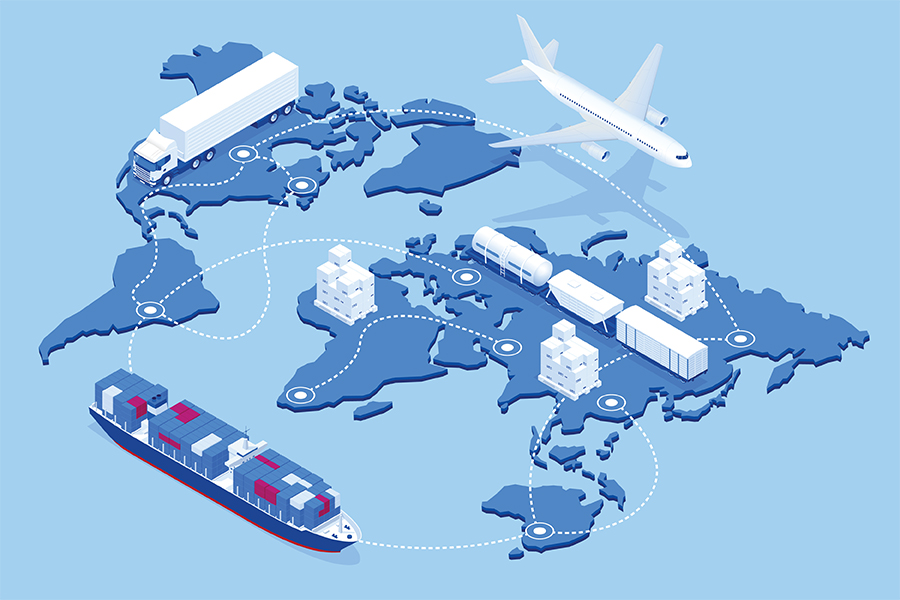 What Is a Trade Deficit?

A trade deficit happens when a country’s imports exceed the exports during a given time period.

The Advantage of a Trade Deficits

A trade deficit allows a country to consume more than it produces. Trade deficits can help countries to avoid shortages of goods and other economic problems.

Some countries a trade deficits will correct over time. A trade deficit creates downward pressure on a country’s currency. With a cheaper domestic currency, imports become more expensive in the country with the trade deficit. Consumers reduce their consumption of imports and shift toward more dosmestically produced items. Currency depreciation also makes the country’s exports less expensive and more competitive in foreign markets.

Trade deficits may also occur because a certain country is more desirable destination for foreign investment. The U.S. dollar’s status as the world’s reserve currency creates a strong demand for U.S. dollars. Foreign countries must sell goods to Americans to obtain those dollars. According to the U.S. Treasury Department, foreign investors held over four trillion dollars in Treasuries as of October 2019. Other nations had to run cumulative trade surpluses with the U.S. totaling over four trillion dollars to buy those Treasuries. The stability of developed countries generally attracts capital, while less developed countries must worry about capital.

The Disadvantage of Trade Deficits

Trade deficits can create substantial problems long term. The worst and most obvious problem is that trade deficits can facilitate a type of economic colonization. If a country continually runs trade deficits, citizens of other countries acquire funds to buy up capital in that country. This can mean making new investments that increase productivity and create jobs. However, it may also involve merely buying up existing businesses, natural resources, and other assets. If this buying continues, foreign investors will eventually own nearly everything in the country.

The U.S. holds the distinction of having the world’s largest trade deficit since 1975. The U.S. imported and consumed significantly more electronics, raw materials, oil, and other items than it sold to foreign countries.

Press Release May 4, 2021 from the Bureau of Economic Analysis – U.S. Department of Commerce

The U.S. Census Bureau and the U.S. Bureau of Economic Analysis announced today that the goods and services deficit was $74.4 billion in March, up $3.9 billion from $70.5 billion in February, revised.

COVID-19 Impact on International Trade in Goods and Services

The global pandemic and the economic recovery continued to impact international trade in March 2021. The full economic effects of the pandemic cannot be quantified in the statistics because the impacts are generally embedded in source data and cannot be separately identified.

The average goods and services deficit increased $2.5 billion to $70.9 billion for the three months ending in March.

Year-over-year, the average goods and services deficit increased $27.7 billion from the three months ending in March 2020.

Exports of goods on a Census basis increased $11.7 billion.

Exports of services increased $0.8 billion to $57.1 billion in March.

Imports of goods on a Census basis increased $15.3 billion.

Imports of services increased $1.1 billion to $40.0 billion in March.

All statistics referenced are seasonally adjusted; statistics are on a balance of payments basis unless otherwise specified. Additional statistics, including not seasonally adjusted statistics and details for goods on a Census basis, are available in exhibits 1-20b of this release. For information on data sources, definitions, and revision procedures, see the explanatory notes in this release. The full release can be found at www.census.gov/foreign-trade/Press-Release/current_press_release/index.html or www.bea.gov/data/intl-trade-investment/international-trade-goods-and-services. The full schedule is available in the Census Bureau’s Economic Briefing Room at www.census.gov/economic-indicators/ or on BEA’s website at www.bea.gov/news/schedule.

The post Trade Deficit & What it Means appeared first on The Tidy Wallet.