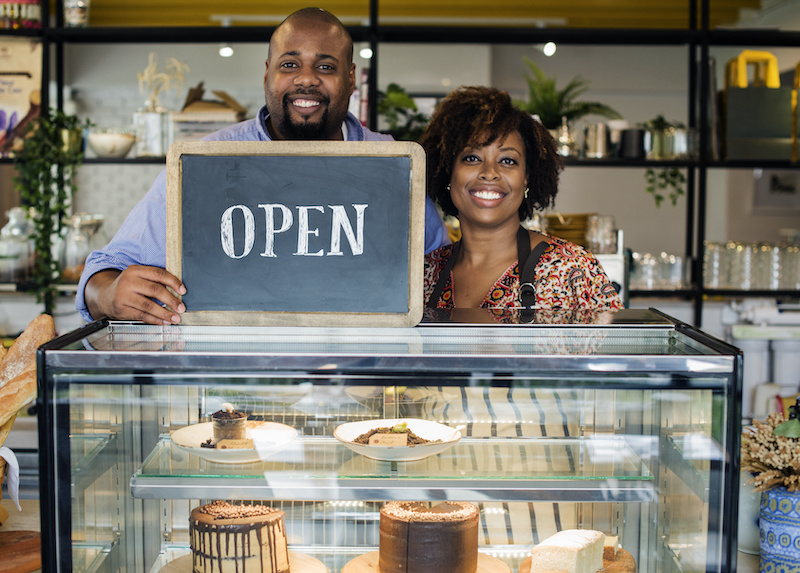 KEY POINTS to consider about the labor shortage

There are several reasons for the labor shortage, among them are retirees. Baby boomers are one of the largest birth groups in U.S. history. They were leaving or have been forced out of the workplace during the pandemic. Without a robust younger population to take their place, this may have left a gap in the labor force.

Other reasons may include school, disability or illness, children at home, and ability to work from home. Pandemic health concerns and Covid 19 changed the way we work, increased unemployment benefits along many laborers being forced into other areas of employment or self-employment.

More than 9.5 million Americans were unemployed and looking for work in June, by the U.S. Bureau of labor statistics.  However, job openings hit a new record high of 9.2 million. Meaning anyone that wants to work, has a job. Even as employers note they are ready and willing to hire, they are having trouble finding workers ready and able to fill the jobs.

Whether this is the driving reason businesses can’t find enough workers is the issue or not is still to be determined. By one estimate only four in ten workers make more in jobless benefits than from a paycheck. Twenty-five states have withdrawn from federal unemployment benefit programs in recent months to try to get people back to work. It’s too soon to draw conclusions as to whether those cuts are leading to substantial job growth, according to economists.

There are other factors at work, including continuing health concerns around Covid-19 and the lack of affordable childcare. Over a year after daycares, preschools and child-care centers started reopening, U.S. parents and providers are still struggling to find a new normal. Millions of parents’ childcare options were affected by the pandemic. Childcare has become more scarce and more expensive since the pandemic started, which is wreaking havoc on families’ finances and career ambitions. Many parents have employed cost-saving measures during the pandemic to bring down child-care costs — typically at the expense of their jobs. Many parents reported reducing hours at work, while 42% changed jobs and more than a quarter, 26%, left the workforce completely.

Even before the pandemic, businesses, and workers were moving to adapt to a (partially) remote economy, automation and globalization were changing the way we work, and employers were sounding the alert that jobseekers with key skills were in noticeably short supply.

Those changes were sped up during the pandemic as employers embraced new ways to continue serving their customers with fewer workers, with existing jobs relying even more heavily on workers with strong technical and digital skills.

These changes were expected to happen over the next 10 – 20 years, instead, it happened in just in a few short months. Proving that the need for skilled workers is stronger than ever.

Reports of shortages for nursing, drivers, IT technicians, and skilled trades workers mounting daily. Staffing firms have noted they have many more positions to fill than qualified candidates to fill them.

There is a veterinarian shortage nationwide.

The estimated shortage is nearly seven thousand veterinarians in the U.S. and is causing issues for pet-owners and veterinarian clinics across the country.

The 32 Veterinary medical schools produce about 3,200 graduates each year– not nearly enough to fill the number of doctors who retire and the increase in demand from pandemic pets. There are not enough people, not enough shifts and the Vets are burning themselves out, which will only cause fewer people to enter the profession. It’s not a new issue in the profession, but rather, one gaining more attention since the pandemic. The problem has become so prevalent that vet schools are now addressing this issue.

Over the past year, we’ve seen some promising examples of innovative training, upskilling, and education programs coming from employers, educators, nonprofits, and civic leaders.

The cost of education and upskilling is a barrier for many low-income jobseekers, at times limiting their options in the workforce. More employers have recognized that a four-year degree shouldn’t necessarily be a requirement for a good-paying job and are starting to implement a skills-focused hiring process. Organizations and companies like Google and Amazon, to name a few, are offering free digital skills training to anyone who wants it. With more emphasis on remote learning and remote working, efforts are underway around the country — in both urban and rural areas — to make broadband access available to all. Companies are not going to go back to the old ways of doing business.

However, it also created entrepreneurs.

One such example is from a Press Release dated May 25, 2021 Covid-19 pandemic helped OnlyFans sales grow by 615%

Fenix International is the parent company of crowdfunding platform OnlyFans, which has been trying to expand beyond its core community of adult entertainment professionals to musicians, influencers and other creators.

The latest are for the financial year ended 30 November 2020, during which the Covid-19 pandemic sparked a surge of creators (and fans) to the service. They reveal that OnlyFans took £1.7bn ($2.41bn) in payments from fans in that 12-month period: up 615% year-on-year.

The company’s own turnover (i.e. its cut after its creators were paid their share) grew from £44m to £283m, helping the company to generate a pre-tax profit of £53m.

There are other stats in the report: OnlyFans ended its fiscal 2020 with more than 1.6 million creators on its platform, up from 348,000 a year before. As for fans, it had 82.3 million of those signed up – a startling rise from 13.5 million a year before.

To adapt to the pandemic and the job loss what was unleashed, is more Americans are becoming their own bosses, setting up tiny businesses to work as traveling hair stylists, in-home personal trainers, boutique mask designers and chefs.

Many new entrepreneurs previously worked at salons, gyms and restaurants, when state orders closed the businesses in the spring of 2020. Our economy now has a split recovery, with some Americans thriving while many others continue to struggle.

As for the horrible pandemic, and as badly as it has affected so many people, it also pushed people to come up with new ideas, products, services and creative ways to earn an income. Hence leaving many business short staffed.

The post Why is there a labor shortage? appeared first on The Tidy Wallet.